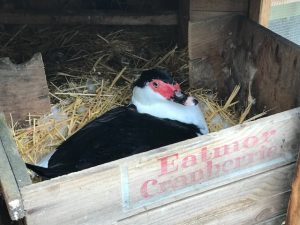 Bella sits patiently. I could use more of that patience stuff, myself!

Over the years, I’ve had many readers ask me how I keep sane in a world so full of unimaginable suffering. Having worked for several humane societies and wildlife centers over the years, I have seen no small share of animal suffering. I’m aware, as are most sane people, of the destruction of the planet, and the daily news broadcasts to us in blazing color what we are doing to each other, as well.

You, my readers, know that I see and feel the ache of the Earth. Many sensitive souls do, and finding our way to some kind of reconciliation with the world we see is no simple task. Peace and hope come slowly, over time, and achieving these blessings takes determined personal effort…

I want to share my own journey down this rocky road with you, in hopes that you might find some nuggets of help there. I’m not going to offer platitudes about how “some people are doing good, and there is some progress in certain arenas,” because if you are anything like me, these kinds of statements ring hollow and sound downright stupid. With the minds we have and the gifts of which we are capable, it’s a bit pathetic that after thousands of years on the planet, “a few good things by a few good people” is all we can manage. Hogwash.

I won’t even speculate as to how we got into the mess we are in, because others far more gifted and far-sighted than me are tackling these issues elsewhere.

I’ll just share how it has been for me, in my own confused mind, in my own clinically depressed and medicated body. I’ll share this dance of balancing on the razor edge of wonder and despair, and maybe it will give you some new dance steps of your own to try out.

I was in my early 20s when I began working for the animal welfare movement. I was a humane educator in a large and well-respected humane society, and I spent my days surrounded by animals in bleak circumstances. I’m going to spare you by not telling any of the particular tales of these animals, many of whom I remember vividly to this day.

I’ll say only that my response to the animals abuse and neglect I was seeing back in those years was to decide that people were basically awful, irresponsible, and cruel. I realized that I liked animals far better than most people. It was back then that I came to view animals and nature as the Earth’s innocents, and humans as guilty of just about everything: Pollution? War? Meanness? Garbage and filth? Arrogance? Selfishness? Laziness? Greed?

All these vices I never witnessed in the natural world, and I would often hike to the marsh just below my little apartment to sit with my dog, Keesha, at the edge of the brackish water, just to get away from those depleting energies that I felt sucking me dry in the daily rat-race of work, errands, illness, bills, and health problems.

I stayed angry through most of my young adult years. I felt helpless to address the huge issues of social and environmental justice, and because I could not fix the world, I felt guilty all the time. Remember, now, this is my story, and so it is—like most people’s stories if they are being really honest with themselves—not particularly rational.

I know there are a bunch of you out there who just nodded at that: “being enough.” How can any of us be enough in the face of world catastrophe? Still, this heaviness hangs from our heart like a huge lead weight, pulling down our shoulders and hunching our backs. We walk stooped and dazed and sad and helpless and enraged and meanwhile cruelty and calamity swirl about us without cease.

So I became a seeker, searching for traditions and teachings that could help me make sense of what I saw as the Hell-of-Human-Making on Earth. I followed native American traditions for a long time and they deepened my sense of being a relative to all of Creation, but they didn’t help me find a sense of peace in the 21st Century. For a time, I studied Centering Prayer, a Christian meditation tradition, and for the first time, I became intrigued with training my mind so that it would serve me rather than slay me.

Centering Prayer was a fine first step, but I needed more discipline in a meditative tradition, and so I found my way to Buddhism and Vipassana meditation. I went on a 10-day silent retreat where I learned enough about Vipassana to continue my meditation practice at home, supplementing the process with Buddhist magazines and books.

Meanwhile, the depression that had showed up in my life when I had started menopause began to be a larger and larger influence on my life. Doctors tried a wide variety of medications on me, but most would become ineffective after a few months. The depression was having a profound influence on my daily life. Trying to function when you are perpetually confused, fatigued, and dealing with sporadic waves of anxiety and panic coming out of nowhere sucks up all your available energy.

I stopped being able to work full-time. I spent weeks in bed, feeling guilty about every moment of it. Outside, the world needed me and I was bunched up under the covers, using every ounce of will I could muster to come up with a plan for dinner.

Somehow during that time, I developed a tiny ongoing shred of clarity in my meditation practice—just enough to let me see that I would have to muster my failing will and make my health a priority. It took a few years and a week-long stint in a mental health facility to get my medications working and get the depression contained.

Notice, I call it “the depression,” not “my depression.” It is not a small distinction. There is great power in refusing to claim as “mine” any weakening mental or physical state. Buddhist teacher Tich Naht Hahn would say something like “Depression has come.” “Anger is visiting.” In this way we remind ourselves of our true and shining goodness, and acknowledge that the crap is not “us.” It is just crap that comes to visit.

Another thread that had begun weaving its way in my life was the system of Permaculture. The dictionary defines permaculture as “the development of agricultural ecosystems intended to be sustainable and self-sufficient.” And mostly, sustainable means local and small. Permaculture probably single-handedly created the local food movement, the organic movement, the small farming movement.

I took a beginner’s training in permaculture and learned to appreciate small things, small gestures, slow improvements over time, and close observation. These techniques and virtues that work so well in the garden work perhaps even more powerfully when applied to a life—my life, for instance.

Perhaps it is a blessing of age, but I believe that in getting older and slower—I’m 66 now—the expansiveness of my young years has given way to a yearning to embrace the small. It is as though my arms, opened wide all through my youth, fingertips reaching out beyond my grasp to all the challenges and pitfalls of the world, are suddenly following a deep urge to gently wrap themselves around me, around my small family and house and yard, where I can look closely and appreciatively at what is…well…close.

So, to sum up a bit, these are themes that worked together in my soul to help me reconcile myself to a crazy world: Committed attention to health, an indigenous perspective on the Creation, meditation, and permaculture.

These helpmates came and and steered me toward a template I could use to fine peace and meaning in a world of suffering and fear. And there were others. We’ll explore those next time, and take a closer look at how these perspectives can be put into simple practices for crafting hope, peace, and healing in the midst of madness. And please, I encourage you to share with this virtual village of mine processes that you have found helpful in YOUR life!

This entry was posted in Stories & Musings. Bookmark the permalink.

2 Responses to Finding Peace in a Mad, Mad World–Part 1